Member and owner since 2002

Mr Nugent joined the Board as a Director in May 2002. Stephen has more than 30 years experience in the finance and insurance industries and was formally the Chief Customer Officer for The Hospital Contributions Fund of Australia Limited (HCF). Stephen is also a Director of the Customer Owned Banking Association. Stephen brings to the Board a wide range of experience in project and operations management, process improvement, sales, marketing, customer service, financial management, Retirement and aged care, strategic planning and compliance. 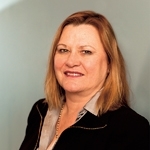 Member and owner since 2005

Jacki is the Group Executive, People, Performance & Reputation of IAG, responsible for the functions of people and culture, corporate and government affairs, shared value, the Australian Business Roundtable and the IAG Foundation. She is also an elected member of the UNEP FI Global Steering Committee,  a member of Chief Executive Women and a member of the Steering Committee for  Sydney 100 Resilient Cities. From 2010 to 2016 Jacki was Chief Executive for IAG’s New Zealand business. Former roles include President of the Insurance Council of New Zealand, Chair of the Christchurch Recovery Chief Executives' meeting, and Executive Director IAG NZ. Since joining IAG in 2001, Jacki has held several senior positions in both direct and intermediated insurance, including as Chief Executive Officer of IAG’s business partnerships division, now part of CGU. Jacki also established IAG’s online start up business, The Buzz which received an Australia Business Award in 2010 for outstanding achievement in Innovation. Jacki was recognised by the NZ Herald in December 2015 as NZ Executive of the Year. She is a former Non Executive Director of the New South Wales WorkCover Authority and the Personal Injury Education Foundation. 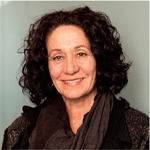 Member and owner since 1989

Ms Kelly joined the Board as an Associate Director in May 2002 and was elected to the Board in 2003. Nuria has more than 20 years experience in financial planning and management, with qualifications from the Securities Institute of Australia and an Associate Diploma in Accounting and a Diploma of Law. Nuria has recently retired as principal of a Financial Planning and Stockbroking Practice and brings to the Board her experience of working closely with Community First Members through her financial planning and stockbroking role. Nuria was previously Head of Financial Services Sydney with RSM Bird Cameron. Nuria is also a Director of Foot of the Mountains Pty Ltd which owns retail businesses in the Blue Mountains. Foot of the Mountains also holds interests in various properties and online businesses. 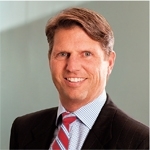 Member and Owner since 2004 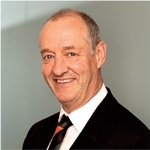 Member and Owner since 1999

Mr Lowndes was appointed to a casual vacancy on the Board in March 2001 and elected as Chair from July 2008 to November 2015. Stephen has 30 years experience in data analysis, systems development, policy formulation, strategic planning, executive management and industry representation, gained in the Commonwealth Public Service, Private Health Insurance, Aged Care and Health industries. Stephen has served on the Boards of the Australian Friendly Society Association, the Australian Health Services Alliance and the Australian Health Insurance Association, and a number of not-for-profit community services organisations. Stephen was formerly a member of the Management Board of Manchester Unity Credit Union, Chief Executive of Manchester Unity Australia Ltd,  CEO of the Aged and Community Services Association of NSW and ACT, a peak industry association representing not-for-profit aged care providers and Chief Executive Officer of the Royal Rehabilitation Centre Sydney, a not-for-profit specialist rehabilitation and disability hospital. 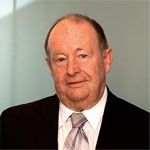 Member and owner since 1968

Chair of Board Audit and Board Risk Committees

Mr Pickering has been a Director since 1972 serving as Chair between 1984 and 1992 and Vice Chair between 1982 and 2009. Ken has had a close affinity with the broader Credit Union movement through his service on CUSCAL’s National Membership Council between 1990 and 2000, as CEO Australasian Institute of Credit Union Directors between 1995 and 2005 and Executive Manager Professional Development for Australasian Mutuals Institute between 2006 and 2015. Prior to this, Ken had 25 years’ experience at Sydney Water, including a number of executive management positions relating to the change management program launched from 1983. Since 1993 he has been engaged in the provision of business management and consultancy services in both the customer owned banking industry and small business along with some property development projects. In December 2014 Ken commenced in a new role as Learning & Development Consultant for the Institute of Strategic Management and he remains on the Advisory Board for that Institute as well as being a Trustee of two self managed superannuation funds. He is a Graduate of the Diploma Course, has been a Fellow of the Australian Institute of Company Directors for 24 years and in 2016 was admitted as an Associate of the Australian Risk Policy Institute. 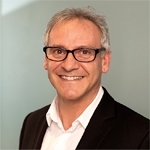 Member and owner since 2013

Mr Scopelliti joined the Board as a Non Executive Director in March 2013. Rocky is the Director – Centre for Industry 4.0 at Optus where he leads the creation of world class thought-leadership and innovation to advise enterprises on the Fourth Industrial Revolution. He is also a member of the REST Super Technology Advisory Panel and member of the Australian Payments Council. A distinguished Futurologist, author and international key note speaker, Rocky has contributed to the World Economic Forum’s Disruptive Innovation in Financial Services Program, delivered key note addresses at events such as Mobile World Congress and published twelve thought leadership research reports on digital disruption that have become internationally recognised. Rocky has more than 20 years senior management experience in the information technology and financial services sectors with Telstra Corporation and the Commonwealth Bank of Australia covering product development, strategy, business development, marketing and research. Educated in Australia and trained in the United States, at Sydney University and Stanford University, Rocky has a Graduate Diploma in Corporate Management and a Masters in Business Administration. He is also Graduate and member of the Australian Institute of Company Directors.

Member and owner since 1979

Mr Thomson joined the Board of Community First Credit Union as a Non-Executive Director in December 2016. He was previously a Director and Chair of Manly Warringah Credit Union Ltd since 2006. Gary has a broad range of experience in strategic planning, risk management, executive management and governmental relations. Gary retired in July 2018 but was previously employed as a Project Manager at Singleton Council from 2017 to 2018. From 2010 to June 2017 he was Assistant General Manager at Singleton Council following three years working as a consultant in the areas of planning and business reorganisation particularly related to waste management. Prior to this he worked for Warringah Council for 28 years where his finishing role was as Director of Customer and Community Services. He has extensive Board experience having previously been a member of the Glen Street Theatre Board of Directors and Hunter Resource Recovery Board of Directors. He is currently a Director of Balmain Rugby league Football Club and Balmain Leagues Club. 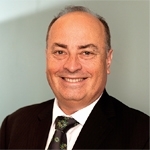 Member and Owner since 2005

John joined Community First in May 2005 as Chief Executive Officer. He has spent over half his career working in senior and general management positions with medium and large sized credit unions and previously had a diverse background in the steel, manufacturing, oil and health industries.

John has extensive experience in strategic planning, corporate governance and secretarial duties; finance and treasury; risk management; compliance and information technology. John is a Director of TransAction Solutions Limited (TAS), a facilities management company, and is also a member of the Board Audit and Risk Committee at TAS.

John holds a Masters of Business Administration degree and is a Fellow of the Australian Society of Certified Practising Accountants (CPA).

Member and Owner since 2010

Rick joined Community First in December 2010 as Head of Information Technology. In May 2011 he was appointed to the role of General Manager Support Services. Currently Rick is the Chief Operating Officer. This role’s responsibilities include Community First’s information technology, lending, talent management and operations. Rick has international experience having worked in Scotland and Asia for five years and has spent over half of his career working in senior and general management positions in banking or financial services companies and previously a diverse background in consulting, insurance and travel industries. 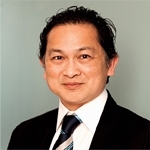 Member and Owner since 1999

Hung joined Community First in December 1999 and over 16 years has progressed through the organisation in a number of key roles in finance. Currently Hung is the Chief Financial Officer with oversight of the finance and accounting function; covering financial management; budgeting; taxation; treasury; prudential and statutory reporting. He is also responsible for the collections corporate services and company secretarial functions.

Member and Owner since 2014

Associate of Institute of Bankers (ACIB UK),
Member of Securities and Futures Authority (SFA)
Graduate of the Australian Institute of Company Directors (GAICD)

Martin joined Community First in 2014 originally as the Head of Credit Services. In November 2017 he was appointed to his current role as Chief Risk Officer responsible for evaluating and managing the strategic, financial, regulatory, reputational and operational risks of the organisation.

Call us today on